This month, we were invited to the Hay Festival. BBC Click wanted to interview someone trying SightPlus for the first time! Obviously, we said “YES!”.

Hay Festival celebrates literacy and welcomes each year hundreds of authors and book lovers in the lovely countryside of Herefordshire.

We reached out to the Royal National College for the Blind (RNC) in Hereford to invite one of their students to participate. Tim, their Marketing Manager, told us that almost all the students were away during half term.

We remembered that when we visited them in 2016 to showcase our first SightPlus prototype, we met Maisy. When Maisy tried our prototype she could write and we thought that she would be perfect for this interview. Thankfully, Tim reached out to her and she agreed to be interviewed.

After 3 years, we weren’t sure that the headset would still work for her. Maisy lost her sight when she was 16 because of a brain tumour that affected her optic nerve. It was quite brutal. In 6 month, she went from being fully sighted to being severely sight impaired with a very blurred and glittery sight, tunnel vision on the right eye and no vision on the left one.

We had to chat with her to understand how her sight condition has progressed in the past few years. From her feedback, we felt confident that SightPlus would work and enhance her vision but we can never be sure at 100%.

During the rehearsal, BBC Click insisted that she would try the device only live on stage. We just showed her how the remote control works and adjusted the straps of the headset so it would fit her straight away.

Maisy did wait and it was worth it. It was a very emotional moment where she couldn’t hold her tears. The entire audience and Spencer Kelly, the BBC Click Star Presenter, were on edge when she started describing what she could see: Spencer’s tiny Britney-Spears-like microphone and how people were dressed in the first row. She also read the first sentence of a Harry Potter’s book that she loves so much.  She would normally not be able to do that or she wouldn’t rely on her sight to read. She uses audio books. 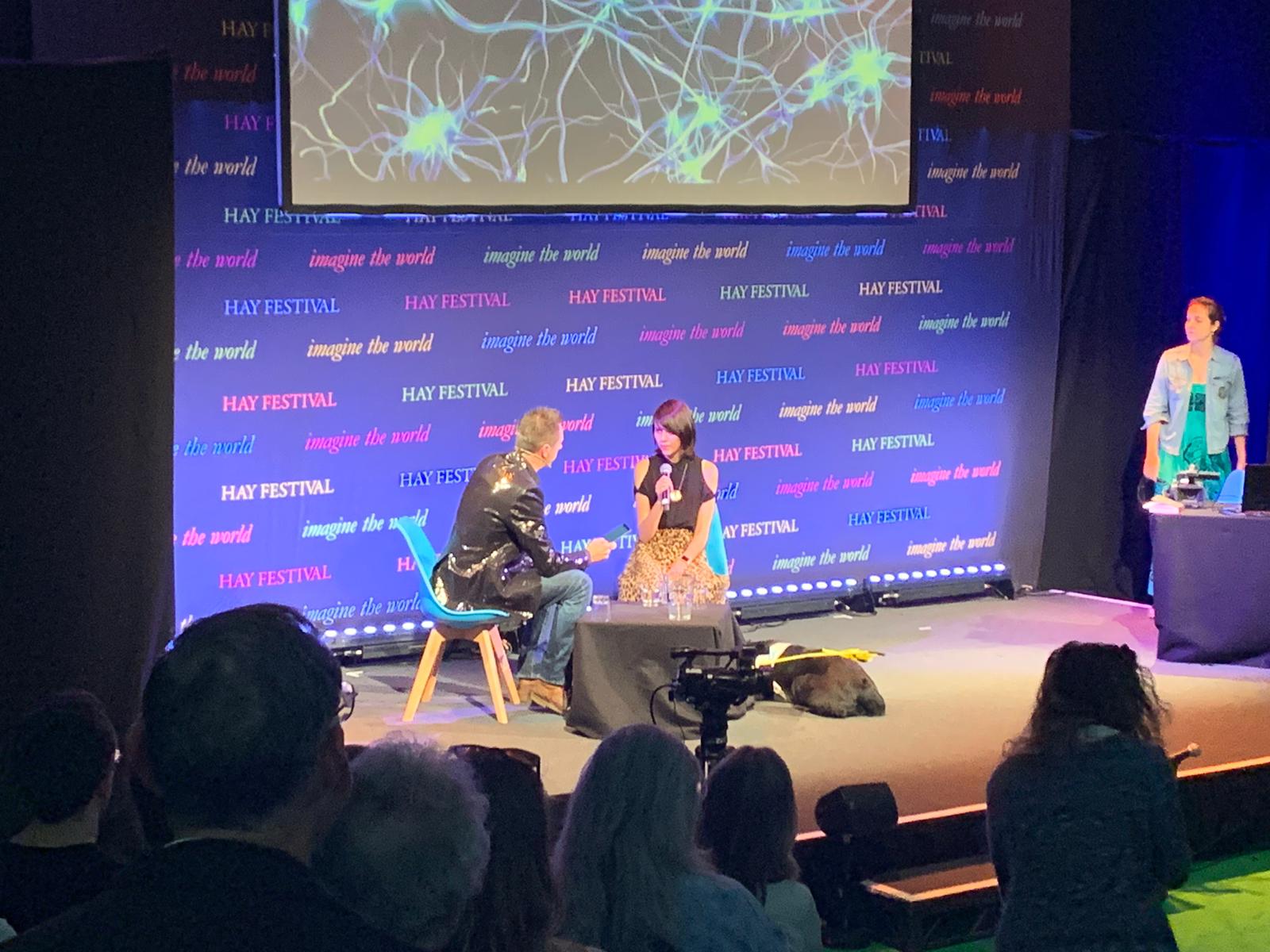 She felt a bit embarrassed to be the “crying blind girl” but she was moved and we are so grateful that she shared those emotions with us.

Maisy started a 30-day trial and we will keep you posted about her experience with the device. She is looking forward to using SightPlus for watching TV, seeing her mum’s face and maybe going to a couple of concerts.

A special thank you for the BBC Click crew and RNC to make this happen.

My father turned a healthy 90 years last October 2019. He has very poor vision on his right eye and is completely blind on the left eye. He was an avid plastic aircraft model builder but is unable to do anything much now because of his poor eyesight. Would this vision aid be able to help him continue a productive life building his airplane models like he used to?...
Phenomenal the difference Give Vision has made. Even now I can only imagine the improvements they are making and the technology they can use to improve other impairments. Maisy is an inspiration for all....
Bonjour Sylvia, Nous avons plusieurs utilisateurs avec cette condition. Nous avons essaye notre tech a differents stades de progression. Si vous utilisez regulierement une loupe ou un appareil pour zoomer, il y a de fortes chances que SightPlus ameliore votre vue. Pour le moment, nous organisons des essais en Angleterre uniquement. Tenez-nous au courant si vous avez l'occasion de venir! :)...
Hello I live in paris and have stargart macular degeneration hereditary desease. Have you tested your devise on patients with this type of pathology? Cordially, Silvia...
Thank you for reaching out! We have a few users that have LHON. Unfortunately we organise testing sessions in the UK at the moment but I'll keep you posted if there is any opportunity to try SightPlus in the US....
We live in NYC, and my son has LHON - no central vision with some peripheral. They classify his sight as fingers only. My son tried the esight goggles from the Canadian company esight, and it did not work for him....